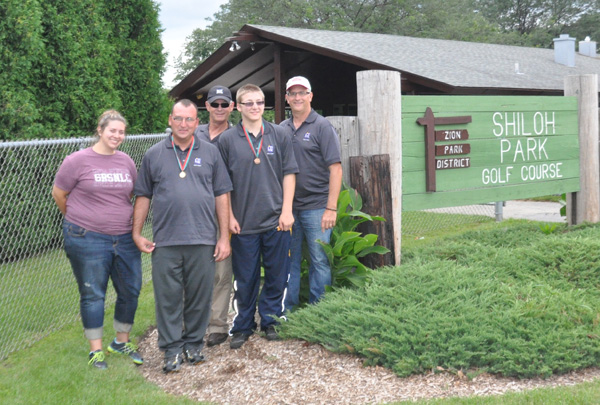 The Special Recreation Services of Northern Lake County sent two golfers to the Special Olympics regional golf tournament on Monday August 5th. The event was held at Bartlett Hills Golf Course, in Bartlett Illinois. The players were Steven Hopkins and Steven Whipple. Both golfers carded 75’s but were placed in different flights. Steven Whipple’s 75 earned him a bronze medal. Steven Hopkins 75 earned him a gold medal, and advanced him to the State tournament in September. The tournament is part of the Special Olympics Fall Outdoor Festival which takes place in Decatur Illinois over the September 7th weekend. Both golfers are part of the golf team from the Special Recreation Services of Northern Lake County / Zion Park District who play weekly at Shiloh Park Golf Course.

The golf team has had a great season with thanks to many volunteers who have participated since May to help the ten golfers who attended the program weekly. A special Thank You to Jesse Pye, Greg Nugent, Patty Thompson, Tom Angelos, and Craig Lewis. 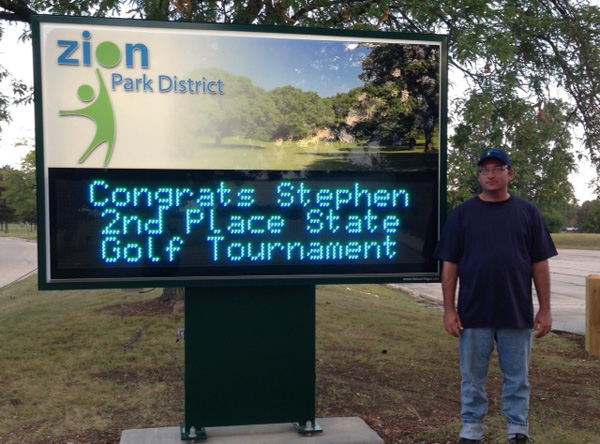